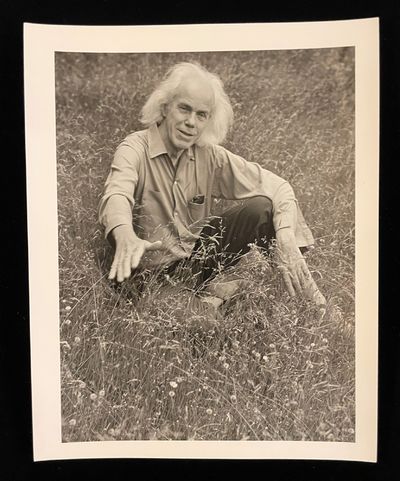 by White, Minor (photography). Beaumont Newhall, Meyer Schapiro, Peter Bunnell, Jonathan Williams, Barbara Morgan, Ansel Adams (comments by)
NY: Aperture, 1969. 1st Edition, limited. Hardcover. Fine. Limited edition, signed by photographer White, number 116 of 200 copies, slipcased, still in publisher's mailing box. With pamphlet of commentary by other photographers and scholars in pocket on rear pastedown. Laid-in is a vintage, original gelatin silver print photograph of White taken in 1973 by fellow photographer Robert Haiko and developed by Haiko about that time. The photo (copyrighted) is signed on the verso by Haiko; it is a portrait of White that appears cropped in the entry of White in Wikipedia. Also laid-in is a statement of provenance composed and signed by Haiko, who started the photography and film program at The Hotchkiss School in Lakeville,CT, which is part of Salisbury CT. Haiko coordinated the use of Hotchkiss facilities for summer photo workshops for White, who founded and edited Aperture magazine, which at the time was based both in Millerton, NY, which abuts Lakeville, and Manhattan. The photo was taken along Route 41, a country road, that runs through Salisbury. (Inventory #: 012843)
$1,975.00 add to cart or Buy Direct from
Johnnycake Books
Share this item