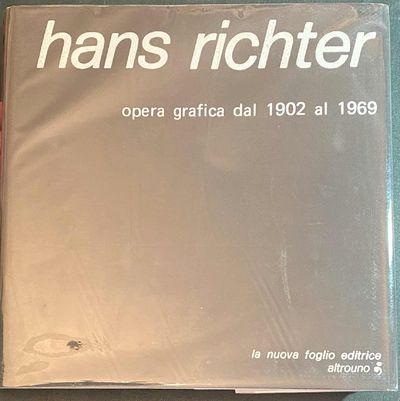 The book features a foreword by prolific Italian poet Roberto Sanesi, as well as an introduction by the Artist. The volume was Initially designed by Richter himself 1975. As an older man, upon looking back at his life's work and its accompanying personal notes and commentaries, Richter decided to make the ultimate, annotated, and commentated collection of his own graphic work which began in 1902. Shortly after, Richter fell ill, dying in 1976 but still leaving the volume defined in its structure. (Inventory #: 39942)
$130.00 add to cart or Buy Direct from
Donald A. Heald Rare Books
Share this item
Donald A. Heald Rare Books
Offered by