Peaks, Passes, and Glaciers: A Series of Excursions by Members of the Alpine Club 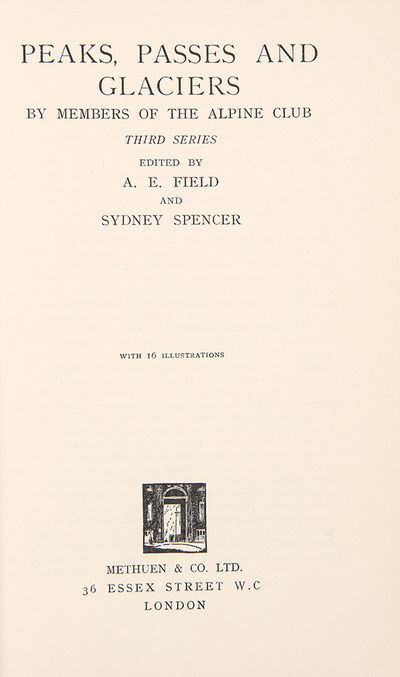 First editions of this famous series in mountaineering literature, in which Ball collected first-hand accounts by members of the Alpine Club of excursions into various regions of the Alps. He includes accounts of ascents of Monte Rosa, the Dom, the Grand Combin, the Alleleinhorn, and the Wetterhorn. This series would lead to the founding of the Alpine Journal in 1863, the world's oldest mountaineering publication. The Alpine Club was founded in 1857 by a group of British mountaineers who were active in the Alps and in the development of alpine mountaineering during the Golden Age of Alpinism between 1854 and 1865. It grew as a men's social club, or gentlemen's club, with the purpose of sharing information about climbing.