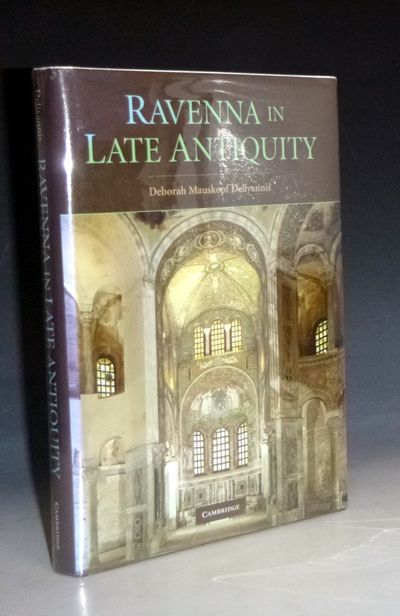 by Deliyannis, Deborah Mauskopof
(New York, 2010): Cambridge University Press. First Edition. Small Quarto. 444pp. illustrated. Ravenna was one of the most important cities of late antique Europe. Between 400 and 751, it was the residence of western Roman emperors, Ostrogothic kings, and Byzantine governors of Italy, while its bishops and archbishops ranked second only to the popes. This book provides a comprehensive survey of Ravenna's history and monuments in late antiquity, including discussions of scholarly controversies, archaeological discoveries, and new interpretations of art works. This volume provides an English language entry point for the study of this fascinating city. A fine copy bound in brown cloth, spine lettering silver, in a fine pictorial dust jacket. (Inventory #: 022974)
$85.00 add to cart or Buy Direct from
ALCUIN BOOKS, ABAA
Share this item

Montana; the land of shining Mountains

Let the Tail Go with the Hide: the story of Ben F. Williams as told to Teresa Williams Irvin, with an Introductory Note by Tom Lea

El Paso; TX (1984) : Mangan Books
(click for more details about Let the Tail Go with the Hide: the story of Ben F. Williams as told to Teresa Williams Irvin, with an Introductory Note by Tom Lea)
View all from this seller>