DE RE METALLICA: Translated from the First Latin Edition of 1556 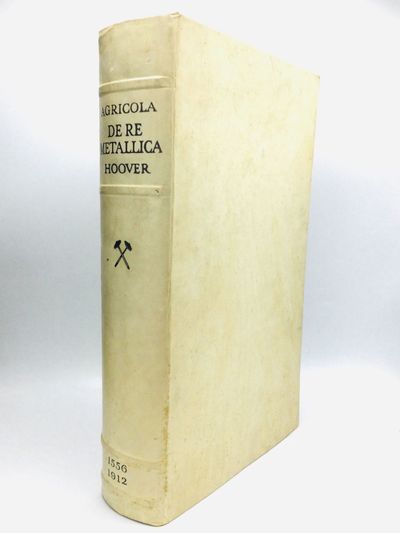 by Georgius Agricola / Herbert Clark Hoover and Lou Henry Hoover
London: The Mining Magazine, 1912. First Edition. Hardcover. Very good. The first edition in English, privately published by subscription. Originally published in 1556, Agricola's De Re Metallica was the first book on mining to be based on field research and observation - what today would be called the "scientific approach". It is therefore the first book to offer detailed technical drawings to illustrate the various specialized techniques of the many branches of mining, and the first to provide a realistic history of mining from antiquity to the mid-sixteenth century. In 1912, the book was translated by Herbert Clark Hoover, a mining engineer (and later President of the United States) and his wife, Lou Henry Hoover, a geologist and Latinist. Their translation is notable not only for its clarity of language, but for the extensive footnotes, which detail the classical references to mining and metals. Includes all 289 of the woodcuts from the 1556 edition. Folio: xxxi, 640 p. Original full vellum binding, with black titles and four raised bands. The calling card of Canadian geologist Frank Dawson Adams is affixed to the front flyleaf, above a previous owner's ink signature. Some minor staining and soiling to the vellum; otherwise very good. (Inventory #: 74559)
$1,000.00 add to cart or Buy Direct from Johnson
Share this item

New York : Random House , 1992
(click for more details about LOST IN YONKERS)
View all from this seller>