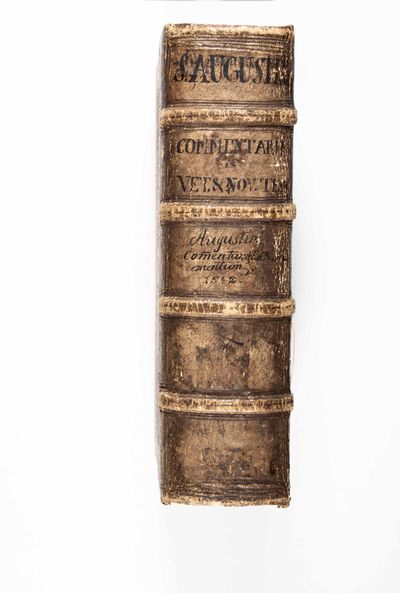 First edition of this uncommon compilation of Augustine's biblical commentaries, with manuscript notes likely by an eighteenth-century reader. A Swiss theologian and reformed minister, Johannes Gast (d. 1552) was a prolific writer and a disciple of the celebrated early protestant reformer Johannes Oecolampadius. Gast is perhaps best known for his violent opposition to the Anabaptists; his De Anabaptismi (Basel, 1544) is among the most important sources for the history of that controversial sect in Basel.

References: Adams A-2186 (incomplete). VD16 A 4159. Not in Machiels catalogue of pre-1600 imprints; and notably absent from Le Long's copious listing of biblical commentaries in the second volume of his 1723 Bibliotheca Sacra.