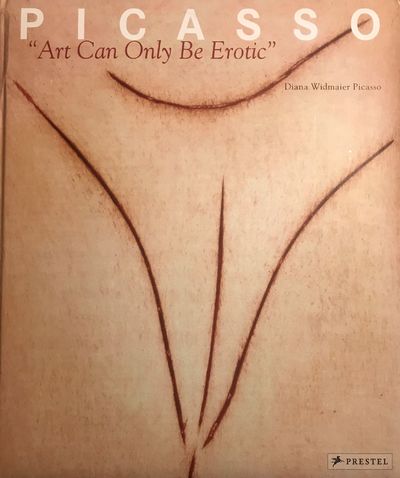 by PICASSO, Diana Widmaier
Munich: Prestel, 2005. First Edition. Signed by Ms. Picasso on the half-title page. Diana Widmaier Picasso is a French art historian specialized in modern art, living in Paris. She is the daughter of Maya Widmaier-Picasso, and the maternal granddaughter of Pablo Picasso and Marie-Thérèse Walter. After a Master's degree in private Law (from Paris-Assas University), and a master's degree in art history (from Paris-Sorbonne University)-her thesis was about the art market in France in the seventeenth century-she decided to specialize in old master drawings. She worked on several exhibitions in museums (Metropolitan Museum in New York, Institut Néerlandais in Paris), and later became an expert in old master drawings at Sotheby's in London and Paris for three years. Since 2013, she is working on a catalogue raisonné of Picasso's sculptures with a team of researchers. Uncommon to find a signed copy. Quarto: pictorial clorh, issued without a dust jacket; 144 pages. Illustrated.. Very Good (few tiny dings to edges; short crease & small crease frontispiece tissue guard; contents clean & tight). (Inventory #: 57821)
$450.00 add to cart or Buy Direct from Antic Hay Books
Share this item
Antic Hay Books
Offered by