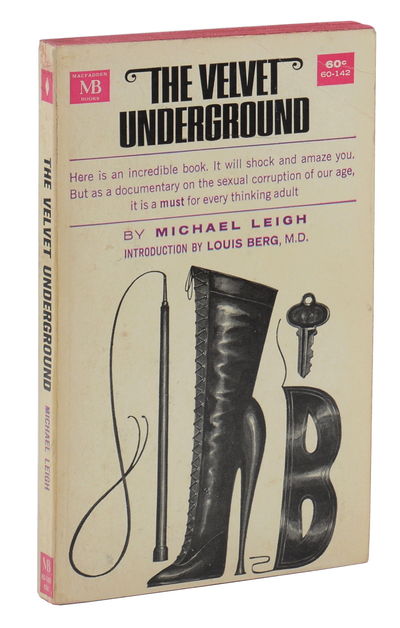 by Leigh, Michael; Louis Berg, M.D. [Foreword]
New York: Macfadden Books, 1963. First Edition. First edition, first issue with dedication to Louis Berg and Rabbi Julius A. Leibert on copyright page rather than table of contents. 192 pp. Wraps. Very Good+ with light wear, small indent to front wrap, faint corner crease. An account of unusual and fringe sexuality published in the tamer half of the '60s. Reputedly avant garde composer and musician Tony Conrad found a copy on the street in New York and then showed it to the musical group that would take their name from it. Lou Reed, in particular, read and enjoyed the book according to biographer Anthony DeCurtis; he liked the idea of the secret "undergound" chronicled herein. (Inventory #: 140943689)
$250.00 add to cart or Buy Direct from
Burnside Rare Books
Share this item
Burnside Rare Books
Offered by

Tibetan Yoga and Secret Doctrines: or Seven Books of Wisdom of the Great Path, According to the Late Lama Kazi Dawa-Samdup's English Rendering

London : Oxford University Press , 1935
(click for more details about Tibetan Yoga and Secret Doctrines: or Seven Books of Wisdom of the Great Path, According to the Late Lama Kazi Dawa-Samdup's English Rendering)
View all from this seller>