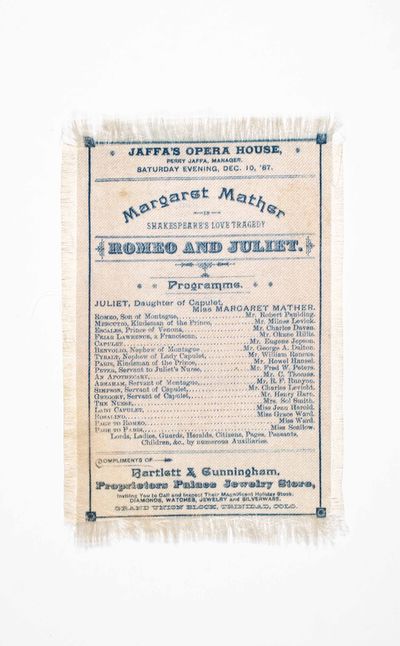 Margaret Mather (1862-) was a Canadian actress. After moving to New York she bean to get small parts in theater productions. The prominent theatrical manager J. M. Hill discovered and signed her to a five-year-contract. Mather made her theater debut at the McVickers Theater in Chicago in 1882, and became a great success as a Shakespearian actress in the 1880s. Silk slightly age-toned. (Inventory #: 47032)
$375.00 add to cart or Buy Direct from
Eric Chaim Kline Bookseller
Share this item