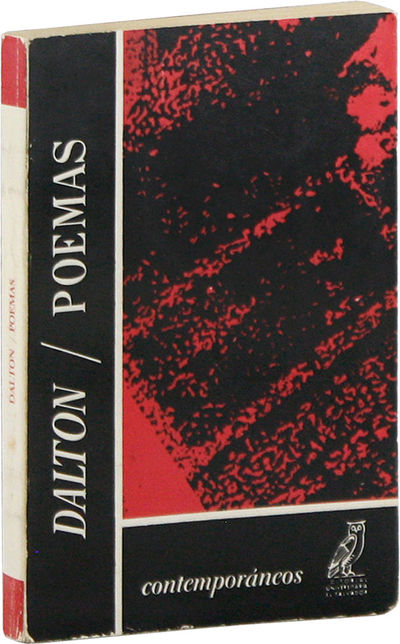 Selections from Dalton's first five books of poetry, beginning with La Ventana en el Rostro (1961) through Los Pequeños Infiernos (1964, at this time still unpublished). Dalton, son of an American immigrant to El Salvador (one Winnall Dalton; he was not, as is often asserted, one of the outlaw Dalton Gang), joined the Communist Party of El Salvador as early as 1959; in succeeding years he led a perilous life of frequent incarceration, exile, surveillance and harrassment. Following his first imprisonment in 1961, he relocated to Cuba, where most of his early poems were written; he returned to San Salvador from 1965 to 1969 to continue his literary and political activities, though under strict surveillance; exiled again in 1969, Dalton emigrated to Communist Prague; he finally returned in 1973 to join the People's Revolutionary Army (ERP) in the Civil War. He was executed by a rival ERP faction in 1975.

The current collection is the only edition of Dalton's poems to be published in his native El Salvador during his lifetime. The political conditions allowing for the book's publication are unclear. El Salvador in 1967 was effectively under a military dictatorship, though then-President Julio Rivera, in an attempt to curry favor with the U.S., had made superficial concessions to El Salvador's progressive factions; still, Dalton's leftist politics and the incendiary quality of his poetry would have been well-known to state censors, and it strikes us as quite surprising that the book was able to be published at all. In any case, the edition must have been small (and suppression considerable, especially by the time of the 1972 Civil War); the book is rarely seen in commerce and, though it is not especially scarce in institutional libraries, most copies seem to be in circulating collections. (Inventory #: 58764)
$300.00 add to cart or Buy Direct from
Lorne Bair Rare Books
Share this item

Cambridge : Cambridge University Press , 1985
(click for more details about The Correspondence of Charles Darwin. Volume I: 1821-1836)
View all from this seller>