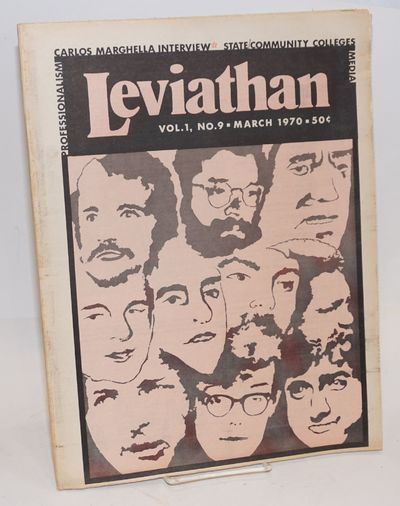 by Marighella, Carlos, Saichi Kawahara, Anatol Anton, Roland Young, et al.
San Francisco: V.R.-Leviathan Publications, 1970. Newspaper. 40p., tabloid underground newspaper, articles, news, opinion, interviews, reviews, "Amerikaka" centerfold poster by Jan Herman, San Francisco edition, very good on newsprint. Features an interview with the Brazilian urban guerrilla Carlos Marighella, who was killed by Brazilian police soon after the interview. Other articles include a discussion by an instructor at SF State of the ambivalence he felt during the strike at that school; an interview with "people's DJ" Roland Young; and an "Amerikaka" poster centerfold. (Inventory #: 119834)
$15.00 add to cart or Buy Direct from Bolerium Books
Share this item