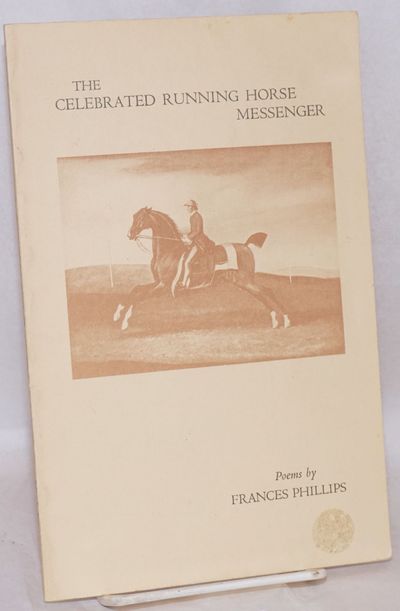 by Phillips, Frances
Berkeley: Kelsey St. Press, 1979. unpaginated, 6x9.25 inches, very good limited edition of 500 copies in original stapled, picorial wraps. Horsey-poetry. From 1982 - 88, she worked for The Poetry Center at San Francisco State, serving as its director from 1985-88. She was executive director of Intersection for the Arts from 1988-1994, and then became a program officer for the arts at the Walter and Elise Haas Fund, a position she holds today. (Inventory #: 120810)
$12.00 add to cart or Buy Direct from Bolerium Books
Share this item