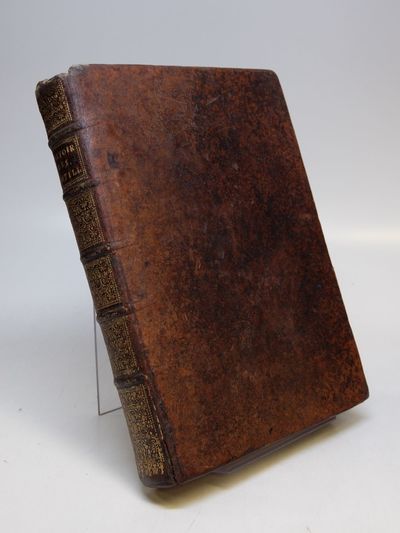 first edition hardcover
by [ROCHEFORT, Charles de]
First Edition. hardcover. engraved title page, portrait of Jacques Amproux and many engravings in the text of trees, plants, animals, fish, etc. 4to, contemporary calf; (head of spine worn; front lower hinge starting; scattered foxing, mostly in margins; otherwise very good). Rotterdam: Arnould Leers, 1658. With Vocabulary of the Carib Language by Father Raymond Breton on pp. 515-27. Published to induce Huguenot immigration to the West Indies, this significant work contains much on the natural history and the French settlements there. Also there is much material on the Carib Indians. "Much of the material may have been collected by De Poincy, but the compiler of the work appears to have been Charles de Rochefort, pastor of the French Protestant church at Rotterdam, who had resided several years in the West Indies." Sabin 72316. (Inventory #: 146181)
$4,500.00 add to cart or Buy Direct from
Argosy Book Store
Share this item

Bird's Eye View of Paris and Its Surroundings, Looking Northward from the Heights of Sceaux

New York : Harper's Weekly , 1870
(click for more details about Bird's Eye View of Paris and Its Surroundings, Looking Northward from the Heights of Sceaux)