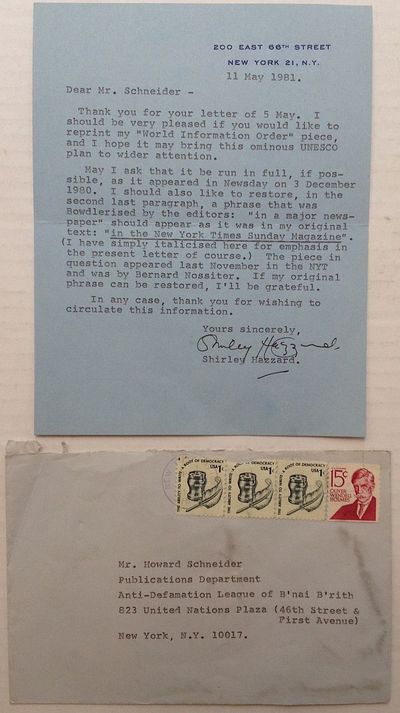 by HAZZARD, Shirley (1931 - )
New York, 1981. unbound. 1 page, 7 x 5.5 inches, New York, May 11, 1981. Written to the Anti-Defamation League of B'nai B'rith, granting permission to reprint an article she wrote for Newsday and The New York Times, in part: "...May I ask that it be run in full, if possible, as it appeared in Newsday on 3 December 1980. I should also like to restore, in the second last paragraph, a phrase that was Bowdlerised by the editors...If my original phrase can be restored, I'll be grateful..." Accompanied by the original postmarked envelope. Very good condition. (Inventory #: 162339)
$100.00 add to cart or Buy Direct from
Argosy Book Store
Share this item