Pair of Blue Eyes, A. 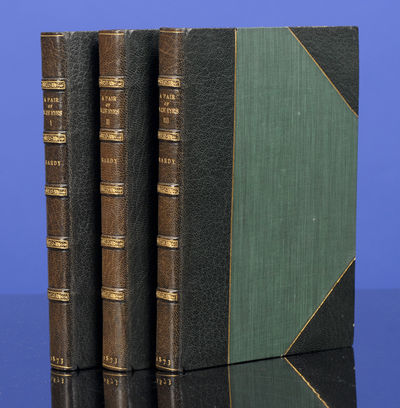 "Hardy's third published novel, A Pair of Blue Eyes has often been overshadowed by the popularity of its successor, Far from the Madding Crowd. Yet it remains notable, not merely for showing the full emergence of those ironies of plot which characterize his later and better-known work but also for its autobiographical qualities. The setting, Stephen Smith's profession, his reasons for going to Cornwall, and even his embarrassment about his class origins: all these echo the circumstances of Hardy's courtship of Emma Gifford only shortly before he began writing the novel. The portrait of Elfride herself is perhaps the most interesting of Hardy's several attempts to capture the charm he found in Emma at their first meeting" (The Cambridge Guide to Literature in English).