Maria Magdalena Campos-Pons: Everything Is Separated by Water 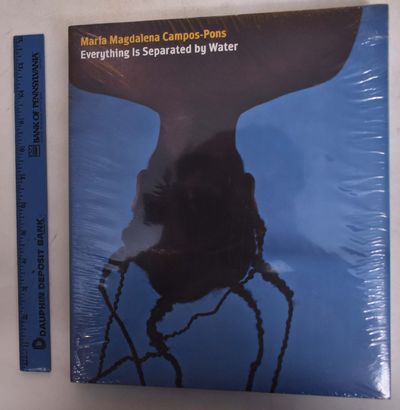 by Enwezor, Okwui
New Haven: Yale University Press, 2007. Hardbound. As New. Blue cloth with blue pictorial dustjacket. 183 pp., 7 bw and 58 color plates. From dj: With a diverse oeuvre ranging from painting to mixed-media installations to performance, video, and photography, Maria Magdalena Campos-Pons is one of the most significant artists to emerge from post-Revolutionary Cuba. Her evocative works probe questions of race, class, cultural hybridism, and national identities in African diasporic communities. "Maria Magdalena Campos-Pons: Everything Is Separated by Water" is the first full-scale survey of the artist's career. The title, borrowed from one of her works, evokes at once the dangerous sea crossings faced by her enslaved ancestors from Africa and her Cuban contemporaries seeking greater freedom in America, and the sense of dislocation felt when physical and geo-political barriers divide family and friends, past and future. Lisa Freiman considers how Campos-Pons's practice, which is predicated on concepts of separation, memory, and fragmentation, developed and transformed from her artistic training and early production in Cuba in the 1980s through her move to the United States in 1991 and her subsequent recognition as a major figure in the international art world. (Inventory #: 106393)
$40.00 add to cart or Buy Direct from Mullen Books
Share this item