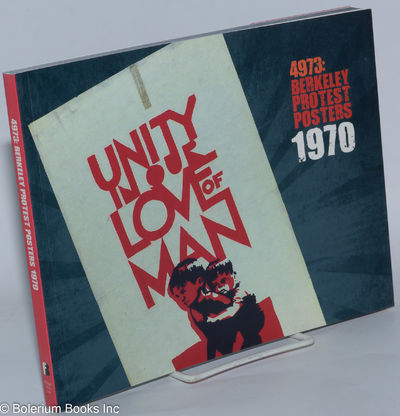 by Williams, Carl, ed
London: Francis Boutle Publishers & Maggs Bros Ltd, 2008. Paperback. [170p.], stiff wraps, 9.5x7.5 inches, 145 color illustrations of UC Berkeley antiwar protest posters from 1970, very good condition. "The posters in this remarkable collection were produced by students in a Political Poster Workshop in May of 1970 at the University of California at Berkeley. They were designed and manufactured by predominantly white middle-class students, paradoxically, under the radical gaze of the political activist, poster designer and co-founder of the Mexican American Liberation Front, Malaquías Montoya." - preface. (Inventory #: 124404)
$16.00 add to cart or Buy Direct from Bolerium Books
Share this item