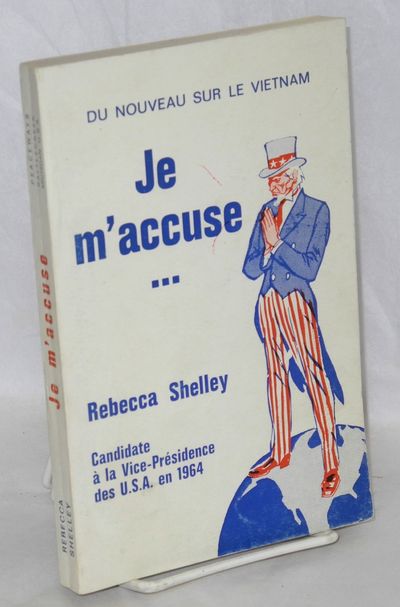 by Shelley, Rebecca
Battle Creek, MI: Peaceways, 1967. 156p., wraps slightly shelf worn.. Text in French & English, composed of poetry and a few essays. Shelley, born in 1887, was a cofounder of The Women's International League for Peace and Freedom, sailed the Ford Peace Expedition, and was active in pacifist circles from 1915 on. In 1964 she was a write-in candidate for vice-president. (Inventory #: 124786)
$45.00 add to cart or Buy Direct from Bolerium Books
Share this item