The truth about the film "Operation Abolition." Part 1 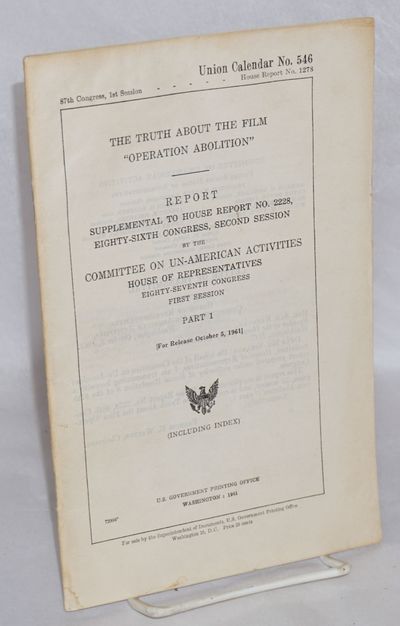 by United States. Congress. House
Washington: GPO, 1961. 52, vip., wraps, like HUAC's reputation, soiled. The film is about HUAC's 1960 hearings in San Francisco, where the reception HUAC received was less than enthusiastic. The protests at the San Francisco hearing are generally considered the beginning of the student movements of the 1960s. The film Operation Abolition was one of the nails in HUAC's coffin. Report supplemental to House Report no. 2228, Eighty-Sixth Congress, Second Session by the Committee on Un-American Activities, House of Representatives, Eighty-Seventh Congress, First Session, Part 1. (Inventory #: 90653)
$25.00 add to cart or Buy Direct from Bolerium Books
Share this item