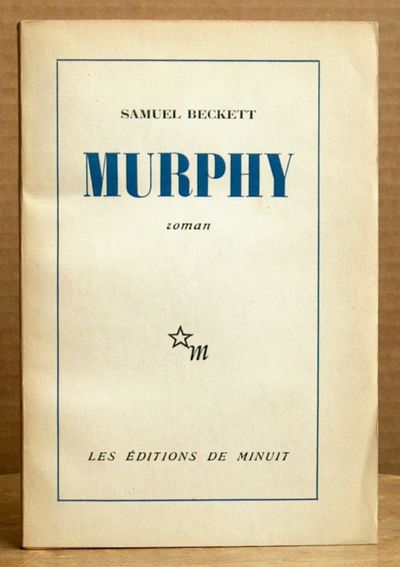 by BECKETT, Samuel
1951. BECKETT, Samuel. MURPHY. (Paris): Bordas, (1947, [but issued in late 1951 by Les Editions de Minuit]). First French edition, second issue, in wrappers by Les Editions de Minuit. Translated by the author. Octavo, largely unopened. 206 pp. White paper wrappers printed in blue and black. Spine is lightly sunned and wrappers show general, very light dust-soiling. Text leaves are lightly age-browned. It is a very good copy overall. First issued by Bordas in 1947, only about 95 of the 3,000 copies printed had sold after a four-year period when Editions de Minuit took over the contract and unsold stock at the end of 1951. (Federman & Fletcher 145.01). (Inventory #: 75205)
$275.00 add to cart Available from
Boston Book Company
Share this item