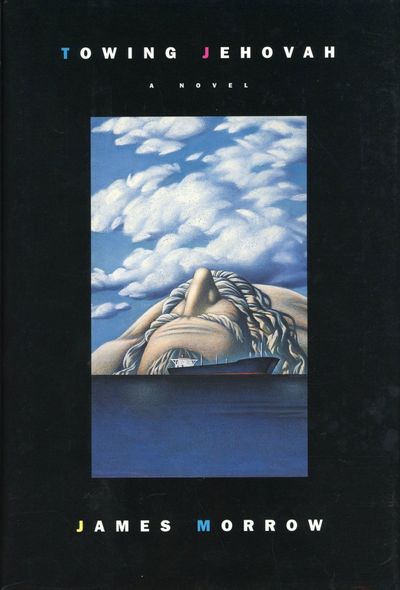 by Morrow, James
New York, San Diego, London: Harcourt, 1994. Octavo, cloth-backed boards. First edition. "God is dead, and his two-mile-long corpse has been discovered in the Atlantic Ocean. Through the assorted cast of characters introduced into the story of the effort to tow God's corpse to its Arctic tomb, Morrow satirizes all stripes of believers and politicians and others to boot. In the sequel, BLAMELESS IN ABADDON (1996), the corpse of God, having been sold to the Baptists, is now on display at Celestial City, USA, a theme park in Orlando, Florida." - Barron, ed., Fantasy and Horror (1999) 7-273. Winner of the 1995 World Fantasy Award for best novel. 1995 Nebula nominee. A fine copy in fine dust jacket. (#82587) (Inventory #: 82587)
$75.00 add to cart or Buy Direct from L.W. Currey
Share this item
L.W. Currey Inc.
Offered by