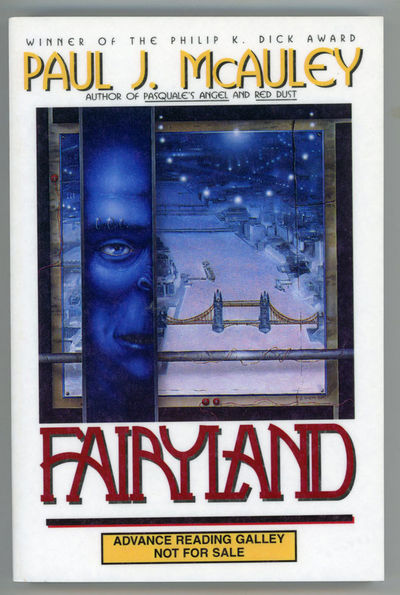 by McAuley, Paul J.
[New York]: Avon Books, 1996. Octavo, pictorial wrappers. Advance readers copy of the first U.S. edition. "McAuley posits a twenty-first century in which half of Europe has become rich through nanotechnology and the creation of genetically engineered dolls that provide slave labor, while the rest of the population have been made homeless by war and economic upheaval. When Milena learns how to give the dolls intelligence, a new race comes into being. Through the medium of the dolls, or 'fairies,' McAuley addresses issues of autonomy, physical and intellectual, for genetically engineered humans, blending these with humanity's age-old belief in fairy folk and dreams of creating new forms of life." - Anatomy of Wonder (2004) II-730. Winner of the Arthur C. Clarke Award. Sargent, British and American Utopian Literature, 1986-2009. A fine copy. (#41743) (Inventory #: 41743)
$35.00 add to cart or Buy Direct from L.W. Currey
Share this item
L.W. Currey Inc.
Offered by