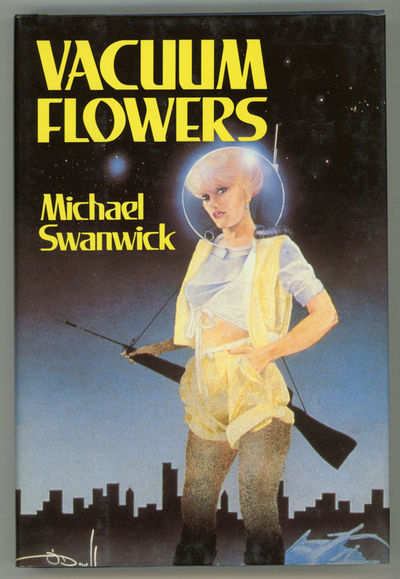 by Swanwick, Michael
New York: Arbor House, 1987. Octavo, boards. First edition. The author's second novel, preceded by his well-received IN THE DRIFT (1985). "Breathtaking inventive adventure in a densely inhabited solar system of the near future, where human beings swap personas through the casual application of "wetware." Bang up to date, but solidly in the tradition of the finest American SF (from Heinlein though Bester to Varley)." - Pringle, The Ultimate Guide to Science Fiction, second edition (1995), p. 399. "Makes extremely adroit use of the cyberpunk rhetoric of information overload, the deadpan medias-res data-buzz which characterizes the best work of writers like Gibson." - John Clute. Anatomy of Wonder (2004) II-1112. Sargent, British and American Utopian Literature, 1986-2009. A fine copy in fine dust jacket. (#4944) (Inventory #: 4944)
$45.00 add to cart or Buy Direct from L.W. Currey
Share this item
L.W. Currey Inc.
Offered by