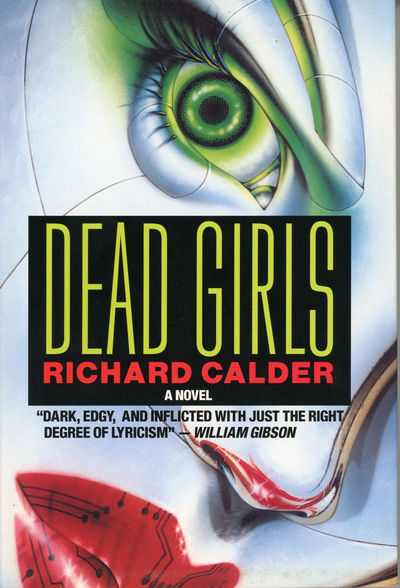 by Calder, Richard
New York: St. Martin's Press, 1995. Octavo, boards. First U.S. edition. A "novel ... expanded from his short story "The Lilim." In a corrupt, exotic near future where men make love to beautiful robots, a nanotech plague occurs which gives birth to the mysterious Lilim, half women, half machine. This very weird tale is written in a gorgeous style (words like 'bejeweled' and 'baroque' immediately suggest themselves) which shows the influences in equal measure of J. G. Ballard and William Gibson. Calder's first novel and a remarkable one." - Pringle, The Ultimate Guide to Science Fiction, second edition (1995), p. 92. The first book of a trilogy, followed by DEAD BOYS and DEAD THINGS. Anatomy of Wonder (2004) II-206. Broderick and Di Filippo, Science Fiction: The 101 Best Novels, 1985-2010 #26. Sargent, British and American Utopian Literature, 1986-2009. A fine copy in fine dust jacket. (#68022) (Inventory #: 68022)
$25.00 add to cart or Buy Direct from L.W. Currey
Share this item
L.W. Currey Inc.
Offered by