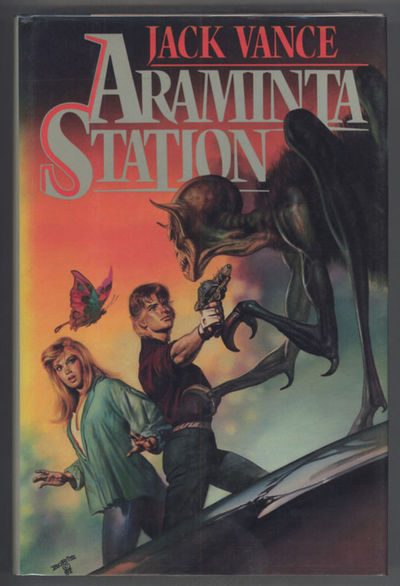 by Vance, John Holbrook, writing as "Jack Vance.
[New York]: Tor, 1988. Octavo, cloth-backed boards. First trade edition. "Araminta Station on the planet Cadwal was founded as a nature preserve with a strictly limited population of conservationists and research scientists. Over the centuries, however, using a series of legal subterfuges, its now hereditary administrators have allowed enormous population growth, and society has taken on an almost Byzantine complexity. As social unrest begins to spread across the planet, one young police officer attempts to solve a murder." - Anatomy of Wonder (2004) II-1159. First book of "The Cadwal Chronicles." Anatomy of Wonder (2004) II-1159. A fine copy in fine dust jacket. (#61596) (Inventory #: 61596)
$25.00 add to cart or Buy Direct from L.W. Currey
Share this item
L.W. Currey Inc.
Offered by