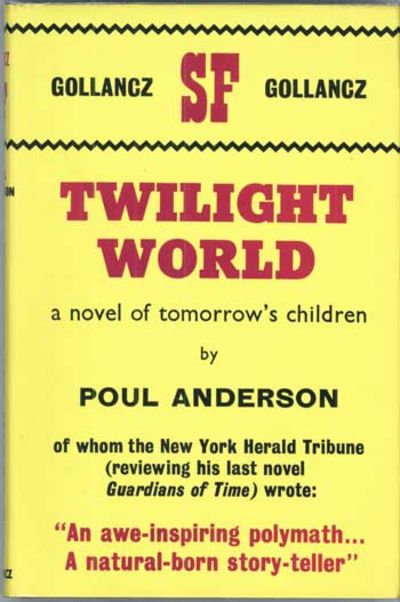 by Anderson, Poul
London: Victor Gollancz Ltd, 1962. Octavo, boards. First British edition. Fix-up novel comprising "Tomorrow's Children" (1947), Anderson's first published story, and "Logic" (1947), with a new final section. "Dour adventure in a world of genetic mutations caused by an all-out nuclear war. In its early form this was one of the first sf stories to deal with this theme." - Pringle, The Ultimate Guide to Science Fiction, second edition (1995), p. 390. The final section of the story, however, is upbeat, Earth's mutants, now Homo superior, have colonized most of the Solar System and have begun a project to terraform the blasted, ruined Earth. A fine copy in fine dust jacket. (#88820) (Inventory #: 88820)
$100.00 add to cart or Buy Direct from L.W. Currey
Share this item
L.W. Currey Inc.
Offered by