THE PALACE OF LOVE 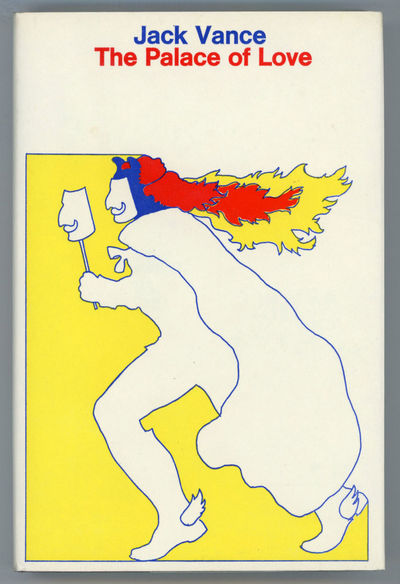 by Vance, John Holbrook, writing as "Jack Vance.
London: Dennis Dobson, 1968. Octavo, boards. First British (and first hardcover) edition. Book three of the "Demon Princes" series. "Originally published between 1964 and 1981 ... these five picaresque novels are vintage Jack Vance, crammed to the brim with sardonic wit and beautiful, slightly understated prose. Five aliens, the Demon Princes of the title, were responsible for the Mount Pleasant Massacre, which destroyed an entire world. Kirth Gersen, whose entire family died in the massacre, has dedicated his life to hunting down and avenging himself upon the princes, one per volume." - Anatomy of Wonder (2004) II-1160. Anatomy of Wonder (2004) II-1160. A fine copy in fine dust jacket. (#92821) (Inventory #: 92821)
$100.00 add to cart or Buy Direct from L.W. Currey
Share this item
L.W. Currey Inc.
Offered by