THIS IS THE WAY THE WORLD ENDS 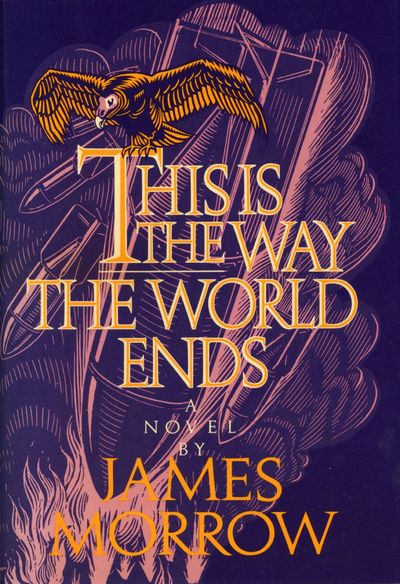 by Morrow, James
New York: Henry Holt and Company, 1986. Octavo, cloth-backed boards. First edition. Signed by Morrow. "... soon after the book begins, the nuclear Holocaust of World War Three kills all but a few, who are then transported via submarine to Antarctica, where they are put on trial by the "unadmitted" -- those souls who will now never be born. As an idea it is perhaps more effective in paraphrase than within the constraints of a fictional narrative, though the decency of the book clearly transcends the inevitable disembodiedness of its message." - GS/JC, SFE (online). 1986 Nebula nominee. Runner-up for the 1987 John W. Campbell Award. Anatomy of Wonder (2004) II-789. Broderick and Di Filippo, Science Fiction: The 101 Best Novels, 1985-2010 #5. Small abrasion to front paste-down from sticker removal, a fine copy in fine dust jacket with touch of rubbing to head of spine panel. (#82772) (Inventory #: 82772)
$50.00 add to cart or Buy Direct from L.W. Currey
Share this item
L.W. Currey Inc.
Offered by