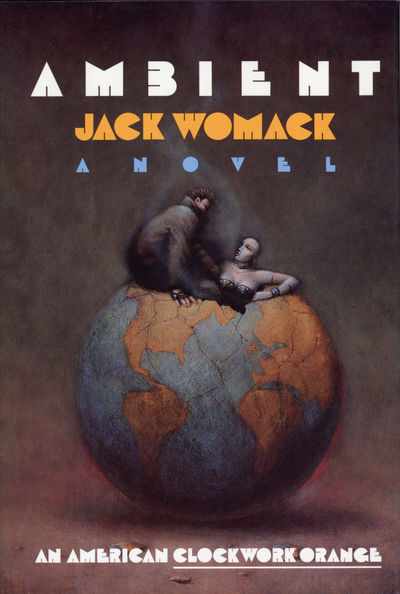 by Womack, Jack
New York: Weidenfeld & Nicolson, 1987. Octavo, cloth-backed boards. First edition. Signed by Womack. The author's first novel, set in a violent, decaying New York city of the early twenty-first century. "In a future milieu as gritty and dark as that of the cyberpunks, but minus their ubiquitous computer technology, the Dryco Corporation dominates the world through its control of the recreational drug market. The various members of the Dryden family, owners of Dryco, seem to be involved in endless, borderline-psychotic plots to increase their power over the world around them. Later books in the series, not all of which are tightly connected to AMBIENT, include TERRAPLANE (1988), HEATHERN (1990), the Philip K. Dick Award-winning ELVISSEY (1993), RANDOM ACTS OF SENSELESS VIOLENCE (1993), and GOING, GOING, GONE (2000). Womack's books are difficult because he writes in a futuristic slang, much as Anthony Burgess did in A CLOCKWORK ORANGE." - Anatomy of Wonder (2004) II-1284. Sargent, British and American Utopian Literature, 1986-2009. A fine copy in fine dust jacket. (#93949) (Inventory #: 93949)
$35.00 add to cart or Buy Direct from L.W. Currey
Share this item
L.W. Currey Inc.
Offered by