THE HACKER AND THE ANTS 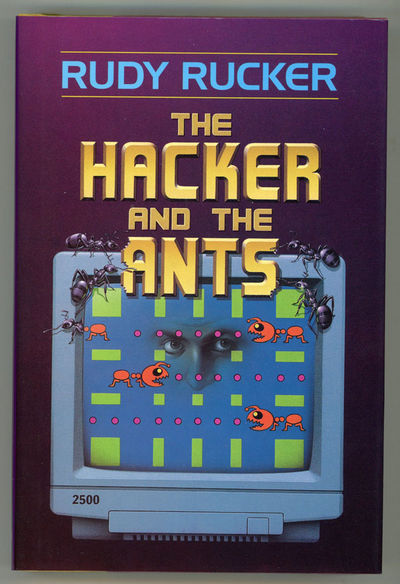 by Rucker, Rudy
New York: An AvoNova Book William Morrow and Company, 1994. Octavo, cloth-backed boards. First edition. "In this wildly funny satire, Jerzy Rugby, a computer scientist who has dedicated his life to the creation of AI robots, finds himself blamed for the unleashing of new and unusually damaging computer viruses called 'ants.' Investigating, Rugby discovers he's been set up as the fall guy in a huge conspiracy. At great personal danger, he enters the virtual world of the viral ants hoping to end their invasion and clear his name. Given the explosive growth of spam and hacking in the ten years since it was published, the novel comes across as rather prophetic." - Anatomy of Wonder (2004) II-931. A fine copy in fine dust jacket. (#68459) (Inventory #: 68459)
$25.00 add to cart or Buy Direct from L.W. Currey
Share this item
L.W. Currey Inc.
Offered by