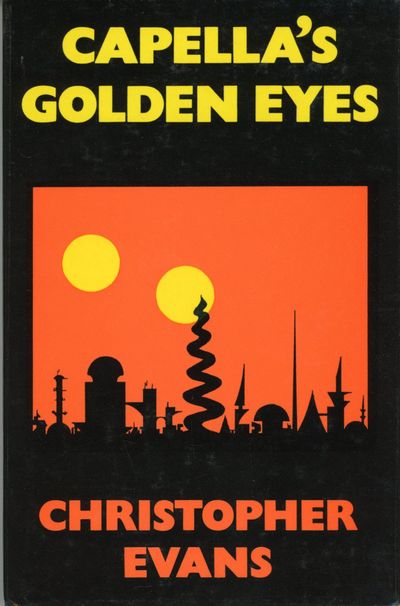 by Evans, Christopher
London, Boston: Faber & Faber, 1980. Octavo, boards. First edition. Signed by Evans. The author's first novel published under his own name, preceded by PLASMID (1980), a tie-in for an untraceable film perhaps never made, published under the pseudonym Robert Knight. "The impressive CAPELLA'S GOLDEN EYES (1980), an extremely English version of the conceptual-breakthrough tale, [is] set on a colony planet inhabited also by reclusive Aliens." - SFE (online). "The human colonists of a far planet, long cut off from Earth, strive to understand mysterious alien visitors who bring them boons. The story is weak and rather inconclusive, but the colony is well evoked." - Pringle, The Ultimate Guide to Science Fiction, second edition (1995), p. 57. Sargent, British and American Utopian Literature, 1516-1985, p. 399. A fine copy in fine dust jacket. (#106756) (Inventory #: 106756)
$45.00 add to cart or Buy Direct from L.W. Currey
Share this item
L.W. Currey Inc.
Offered by