William Blake a Critical Essay. With Illustrations from Blake’s Designs in facsimile coloured and plain. 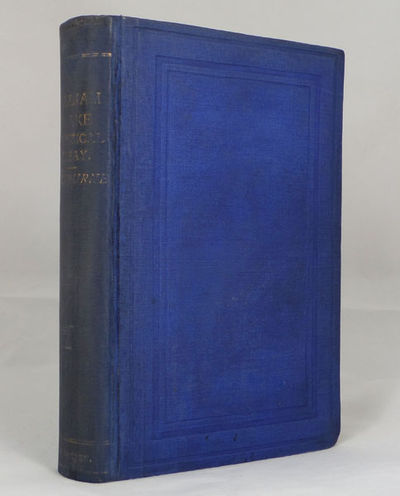 by Swinburne, A.C.
8vo. London: John Camden Hotten, 1868. 8vo, iv, (4), 304, (16, ads) pages. With a color frontispiece and eight plates of which 6 are colored by hand. Original blue cloth, hinges weak, otherwise very good. Bookplate of Lord W. Kerr and another; Hotten’s printed slip announcing the facsimile of The Marriage of Heaven and Hell tipped in. § First published edition, third state of the title-page (the pre-publication issue and the first two states are of the greatest rarity - see Wise). An important study of Blake especially valued for the striking color facsimiles by Hotten from the British Museum copies. Bentley 2795. Wise 6, p. 78. The printed slip announcing Hotten’s facsimiles is extremely rare. (Inventory #: 9248)
$225.00 add to cart or Buy Direct from
John Windle, Bookseller
Share this item