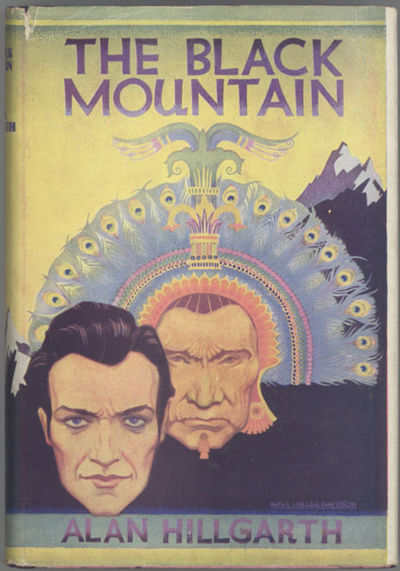 by Hillgarth, Alan
New York: Alfred A. Knopf, 1934. Octavo, title page printed in brown and black, original decorated black cloth stamped in gold, top edge stained gray, other edges rough trimmed, decorated endpapers. First U.S. edition. The story of a Bolivian "Kim," an Indian boy who is adopted by a mysterious and wise native priest and educated by him in the ways of the white men. Having become a stranger in his own land, he ultimately sets out on a mission to unite the oppressed Indian races of the country. A fine copy in first and second state dust jackets. The first state jacket with four-color illustration by Nina Miller Davidson is nearly fine, with just a touch of wear at spine ends, the second, a printed non-pictorial jacket on pink paper stock, is very good. (#129006) (Inventory #: 129006)
$200.00 add to cart or Buy Direct from L.W. Currey
Share this item
L.W. Currey Inc.
Offered by