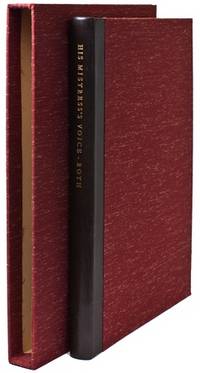 by ROTH, Philip
(Lewisburg): Press of Appletree Alley. 1995. A fine press limited edition of a story that first appeared in The Partisan Review in 1986. One of 195 numbered copies, signed by the author. An uncommon edition: although the stated limitation was 195, the press was selling unbound copies a couple of years after the initial publication date, suggesting that not all of the sets of sheets were bound. Fine in quarter leather, burgundy cloth boards, in a fine slipcase. The nicest edition done of one of Roth's works. Unless otherwise noted, our first editions are first printings. First Edition. Hardcover. Fine. (Inventory #: 911247)
$950.00 add to cart Available from
Ken Lopez - Bookseller
Share this item