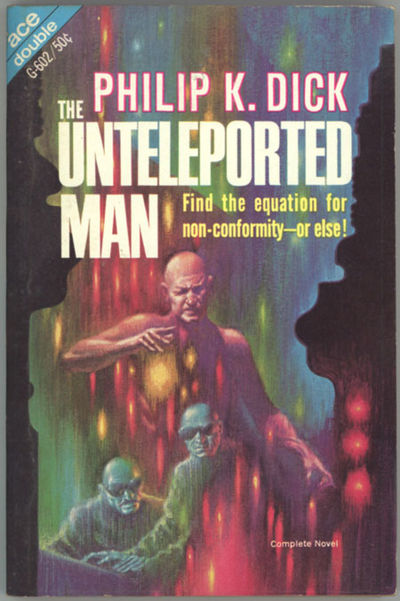 by Dick, Philip K.
New York: Ace Books, 1966. Small octavo, pictorial wrappers. First edition. Ace Double G602. Much of Earth's population, conned by a gigantic political hoax, is emigrating via teleportation to supposedly idyllic Whale's Mouth, a distant planet where Trails of Hoffman, which controls the teleportation equipment and Whale's Mouth, has established a military dictatorship which enslaves the colonists. The Ace Books edition prints the first half of the novel, originally published in FANTASTIC in December 1964. The full text was published as LIES, INC. by Victor Gollancz in 1984. Bound with THE MIND MONSTERS by Howard L. Cory. A bit of soiling or foxing to white area of spine panel, else a fine, unread copy. (#129404) (Inventory #: 129404)
$45.00 add to cart or Buy Direct from L.W. Currey
Share this item
L.W. Currey Inc.
Offered by