Journal of a Residence and Tour in the Republic of Mexico in the Year 1826. With some Account of the Mines of that Country 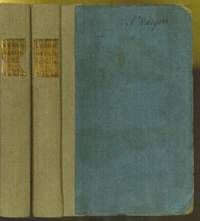 G F Lyon was an English traveler, born in Chichester, England, in 1795; died at sea in October, 1832. He entered the British naval service in 1809, was present at the attack on Algiers by Lord Exmouth in 1816, and in 1818 was commissioned to accompany Joseph Ritchie on his tour of exploration into central Africa. Ritchie died in Fezzan, and Lyon returned to England, after encountering many dangers and privations, which he described in his Narrative of Travels in Northern Africa (London, 1821). In 1821, in command of the Hecla, he accompanied Captain William E. Parry on his arctic expedition, publishing on his return The Private Journal of Captain G. F. Lyon (1824). In 1824 he sailed in command of the Griper' with the mission of exploring Melville peninsula, and following its western shore as far as Turn-again, he found, after three months' searching, a passage through the group of islets called Southampton island, but was unable to enter Repulse bay through Sir Thomas Rowe's Welcome. On 13 September, a violent tempest compelled him to return to England. The story of the voyage was told in A Brief Narrative of an Unsuccessful Attempt (1825). He subsequently passed several years in Mexico, and died on his return from a second visit to America. His remaining works are The SketchBook of Captain G. F. Lyon during Eighteen Months' Residence in Mexico, No. 1 (London, 1827), and Journal of a Residence and Tour in Mexico in 1828 (London, 1828).

George McClelland Foster, Jr born in Sioux Falls, South Dakota, on October 9, 1913, died on May 18, 2006, at his home in the hills above the campus of the University of California, Berkeley, where he served as a professor from 1953 to his retirement in 1979, when he became professor emeritus. His contributions to anthropological theory and practice still challenge us; in more than 300 publications, his writings encompass a wide diversity of topics, including acculturation, long-term fieldwork, peasant economies, pottery making, public health, social structure, symbolic systems, technological change, theories of illness and wellness, humoral medicine in Latin America, and worldview. The quantity, quality, and long-term value of his scholarly work led to his election to the National Academy of Sciences in 1976. Virtually all of his major publications have been reprinted and/or translated. Provenance from the executor of Foster's library laid in. Condition: