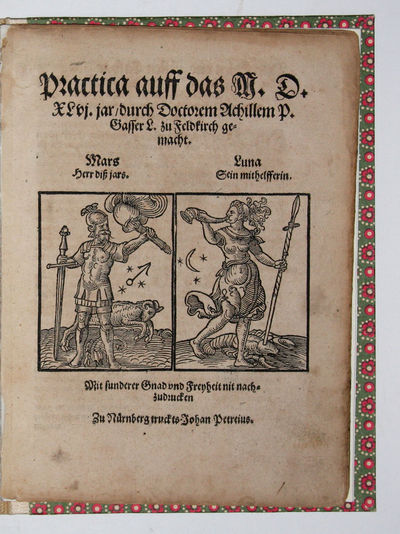 by [ALMANAC/EPHEMERA] GASSER, Achilles Pirmin.
4to. [20.5 x 15.4 cm], (12) ff. With two title woodcuts of Mars and Luna. Patterned paper over boards with vellum spine; title-plaque on front cover; some expert reinforcement and minor repairs at gutter. Paper has even browning, some faint waterstaining, with marginal notations on one leaf.