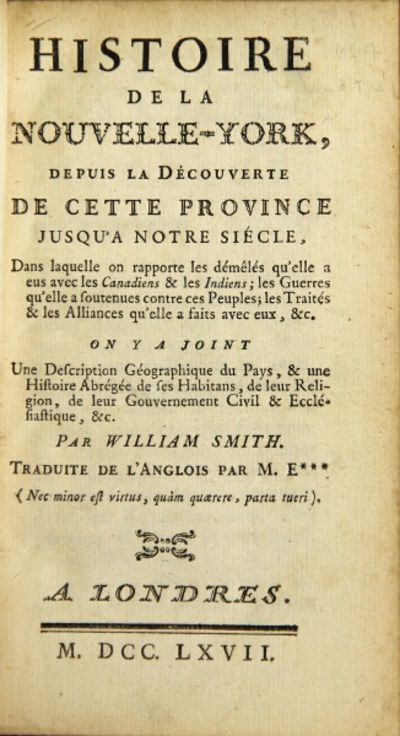 by Smith, William
Londres, 1767. First French edition of the first history of New York, 12mo, pp. [4], [vii]-xvi, 415, [1]; full contemporary calf, gilt spine, red morocco label; upper joint cracked, but holding, spine chipped level with text block; all else generally very good. The imprint is false and the book was likely printed in Paris. "The author was graduated from Yale College in 1745, became a distinguished lawyer of New York, and later was chief justice of the province. Being a Loyalist during the Revolutionary War, after the contest was over he moved to Canada, where he was also appointed chief justice" (Church 1023, citing the first edition of 1757). Howes S-703; Sabin 84573. (Inventory #: 31852)
$862.50 add to cart or Buy Direct from
Rulon-Miller Books
Share this item