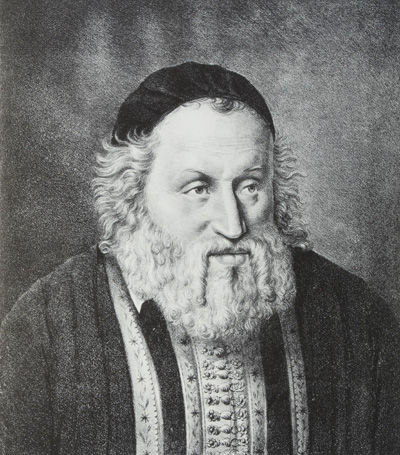 by Kirschstein, S.
Berlin: Der Zirkel, 1918. Hardcover. vg. One of the most important works on Jewish art, written by the prominent Jewish writer and art collector Salli Kirschstein (1869-1935): "Kirschstein, who was born in Kolmar, Poland, became a prominent merchant in Berlin. He was active in Jewish affairs and as a director of the "Juedischer Volksverein" did much to help foreign Jews living in Germany during World War I. Kirschstein was an expert on Jewish art and wrote articles on the subjecto for many publications. His main work in this field was a study of Jewish engravers, Juedische Graphiker aus der Zeit von 1625-1825 (1818)." [This Work] (Quoted from the Encyclopedia Judaica, vol. 10: 1051) Folio. 72pp. 1/4 mottled gray cloth over green paper covered boards with white lettering and illustration. Green label to spine. Green endpapers. Top edge green. Ex-libris. Title vignette. Lithographic frontispiece. Title page with black and red lettering. Fascinating work on Jewish Graphic and Fine Artists. With biographical information and reproduction of images by Salomon Italia, Salomon Benett, B.H. Bendix, Abramson the Younger, and the Henschel Brothers. Magnificently illustrated with 72 full-page captioned b/w facsimiles of lithographs [not including frontispiece], numbered I to LX [1 to 60), including one fold-out plate of the Jewish Temple in Jerusalem [plate XII = plate 12]. The additional plates are: XIIa, XVIIa, XVIIb, XXVIa, XXVIIIa, XXXVIIIa, XXXVIIIb, XXXVIIIc, XLVIa, XLVIIa, LIIa, and LVIIa. [12a, 17a, 17b, 26a, 28a, 38a, 38b, 38c, 46a, 47a, 52a and 57a]. Plates XXXV, XXXVIIIa and XXXVIIIb [35, 38a and 38b] are printed on pink background, all the others on white. Age wear to binding. Sections loose in binding. Foxing to margins throughout. In German. Cover in good, book in very good condition. (Inventory #: 16930)
$1,250.00 add to cart or Buy Direct from
Eric Chaim Kline Bookseller
Share this item