Closet red; a Marxist's adventures inside the ruling class 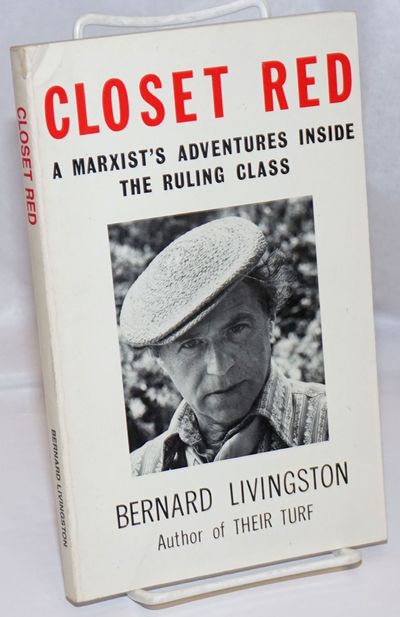 by Livingston, Bernard
New York: Waverly Publishers, 1985. 187p., wraps, illus. (pix of Biddles, Dukes, Drexels, Whitneys, Paysons), top left corner bumped. Much on his interactions with the Kennedy clan. Bernard had made a then cutting-edge film documentary on studfarm practice, too graphic for general release. Rose Kennedy heard about it and without having grasped the precise content, hired him to show his film to adolecents within and ancillary to the clan; he had slightly rude encounters with Bobby and Ted and gathered many impressions before, at the last minute, Rose nixed the showing. (Inventory #: 8113)
$10.00 add to cart or Buy Direct from Bolerium Books
Share this item