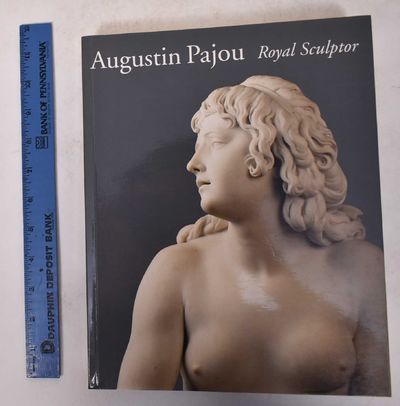 by Draper, James David and Guilhem Scherf
New York: The Metropolitan Museum of Art, 1997. Softcover. As New. Grey wraps. 432 pp. 61 color, 366 bw plates. French flaps. This publication is the first major study of the French Neoclassical sculptor Augustin Pajou (1730-1809) in almost a century, and it is the only work about him in English. Here the artist's work is discussed and illustrated in depth, and the artistic, courtly, and aristocratic circles in which he worked are considered in detail. This examination concentrates on the beginnings of Neoclassicism and explores the philosophical and scientific underpinnings of the Enlightenment, in which Pajou played an important part. This publication, which accompanies a major exhibition at the Musee du Louvre, Paris, and The Metropolitan Museum of Art, New York, presents to both the scholar and the general reader a great artist who has at last received his due. The volume is lavishly illustrated and contains a detailed chronology, a short history of the artist's critical reputation, an exhaustive bibliography, and a complete index. (Inventory #: 14307)
$29.99 add to cart or Buy Direct from Mullen Books
Share this item