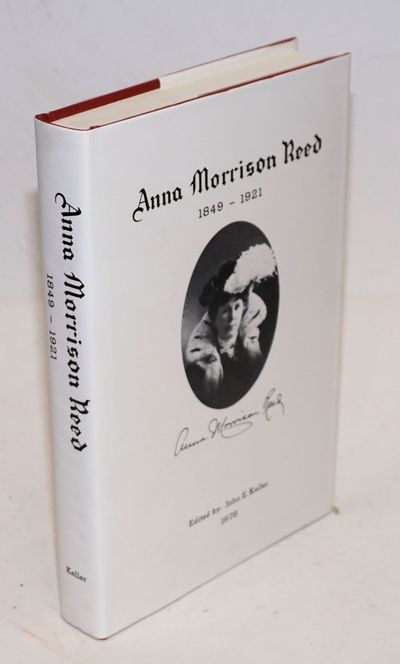 by [Reed, Anna Morrison]
Lafayette: the editor, 1978. xxvi, 285p., illustrated with period photos and documents and two modern line maps; first edition cloth boards in dj, copy as new. "The collated writings of a nineteenth century Butte County girl..[who] lived several places in California, especially in the gold mining area, and married a miner.. As a popular lecturer and writer on Temperance and Women's Sufferage, she traveled widely throughout northern California for several years. Her diary and writings reflect ..the conditions in the 1860's to the 1920's.." Although dues-paying temperance advocate she was not a prohibitionist: "I know that Prohibition does not prohibit.." Reed in fact campaigned against prohibition, against the consumption of coffee ("the cursed Mohammedan Drink") and against tea ("from another pagan nation") and was an advocate of the temperate use of wine ("approved by Christ himself") and beer. She was a speaker for peace (and presumably pacifism) at the PPIE. (Inventory #: 93133)
$15.00 add to cart or Buy Direct from Bolerium Books
Share this item