John Ward and His Magnificent Collection 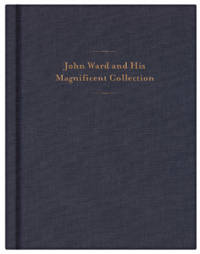 by GOLDEN LEGEND, INC.
GOLDEN LEGEND, INC. Presents John Ward and His Magnificent Collection. This book celebrates the second career of John Milton Ward following his retirement in 1985 as William Mason Powell Chair of the Music Department of Harvard University. Since that time Ward has devoted his life to collecting rare music scores and related original editions. All have been donated to Harvard University libraries. Ward’s collections on early opera and ballet are now of international importance, although they are not yet well known to music and theatre historians. Even less well known are the many donations of music from on-Western cultures. John Ward and his Magnificent Collection presents an interview and fourteen essays by scholars, friends and book dealers that will describe the scope of these collections and the character of the man who created and then donated them. The secondary purpose of this book is to demonstrate the value of original editions as opposed to facsimiles and modern reprints or digital reproductions. Readers of this book will necessarily pause in their headlong rush toward digitization when they realize that original objects carry a greater validity than any other type of evidence. Along with Ward, the contributors believe that no single score--not even the composer’s own manuscript--allows future scholars to fully understand music from the past. We must also study later editions, variants and annotated copies, and even ephemeral material, in order to see the many transmutations a work of music has undergone over time.

The Collections
ANDREA CAWELTI. Introduction to the John Milton and Ruth Neils Ward Collections at Harvard University.
VIRGINIA DANIELSON. A Passage to India. John Ward and the Whole World of Music.
LISA COX. A French Journey.