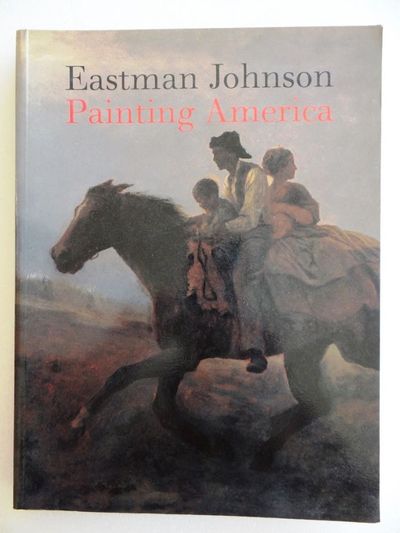 by Carbone, Teresa A. and Patricia Hills et al.
Brooklyn, NY: Brooklyn Museum of Art, 1999. Softcover. VG. Black and color illus. wraps. 272 pp. 104 color, 108 bw illustrations. Issued in conjunction with a 1999-2000 series of exhibitions of work by American painter Eastman Johnson (1824-1906). With six thematic and illustrated essays, by Teresa A. Carbone (From Crayon to Brush: The Education of Eastman Johnson, 184-1858) and (The Genius of The Hour: Eastman Johnson in New York, 1860-1880), Patricia Hills (Painting Race: Eastman Johnson's Pictures of Slaves, Ex-Slaves, and Freedmaen), Jane Weiss (Home-Loving Sentiments: Domestic Contexts for Eastman Johnson's Paintings), Sarah Burns (In Whose Shadow? Eastman Johnson and Winslow Homer in the Postwar Decades), and Anne C. Rose (Eastman Johnson and The Culture of American Individualism). Includes a selection of the artist's letters, a lifetime exhibition history and a selected bibliography. An enormous work of great interest. (Inventory #: 17108)
$29.99 add to cart or Buy Direct from Mullen Books
Share this item