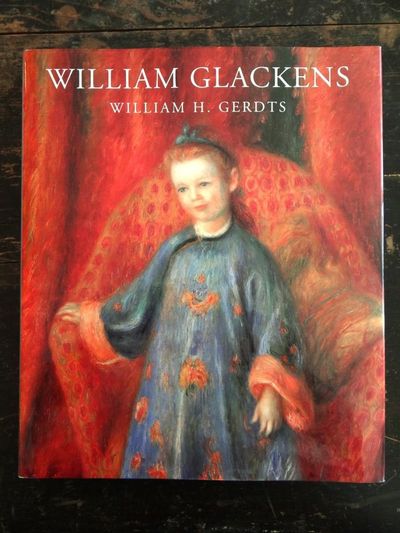 by Gerdts, William H. with an essay by Jorge H. Santis
Fort Lauderdale, FL / New York: Museum of Art / Abbeville Press, 1996. Hardbound. VG/VG. Blue cloth with color illustrated glossy dustjacket. 279 pp. with profuse bw and color plates. William Glackens was one of the most influential American painters in the first decades of the twentieth century. From his beginnings as a witty magazine artist-illustrator in Philadelphia and New York to his participation in the forward-thinking group of artists dubbed The Eight, Glackens was a perceptive interpreter of his surroundings. Glackens, one of the most versatile and popular artists of his time, assimilated the lighthearted modern French themes of spirited cafes and bustling parks and resorts in such canvases as Chez Mouquin (1905) and Sledding, Central Park (1912). An admirer of the more traditional figure painting of the Impressionist Renoir, his name also became closely linked to the modern artists who exhibited their works at the famous Armory Show of 1913, which Glackens helped organize. This important study, the first major monograph on Glackens, includes an insightful essay by Dr. William Gerdts and a complete catalog, introduced by curator Jorge Santis, describing the incomparable holdings of the Glackens Collection of the Museum of Art, Fort Lauderdale, Florida. With a chronology, bibliography, and index, this profusely illustrated volume is sure to become the standard reference on Glackens for historians and collectors of twentieth-century art. (Inventory #: 101477)
$24.99 add to cart or Buy Direct from Mullen Books
Share this item