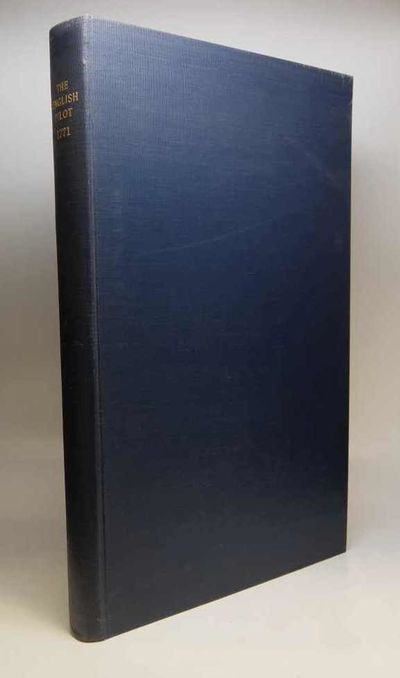 by MOUNT, J. and PAGE, T.
London: J. Mount, and T. Page, 1771. hardcover. very good. Folio atlas. Two parts (I and III) bound in one volume, London: 1771. Part I: 46 pp of text; 22 double page and folding maps plus 2 small maps and many additional charts and views. Ink inscription on title page reads "1774 John Hamilton Ought This Book-Bought of James Alex.(?) Stewart". Stamped name in margin of one page of text. Part III: 43 pp of text; 17 double page or folding maps, 34 half page maps and numerous topographical and panoramic views. Ink inscription "John Hamilton" on title page. Stamped name on title page and two maps. Numerous woodcut elevations and additional engraved maps throughout both volumes. Rebound in blue bukram with gilt title stamped on spine. Stamp from G.H. Crawford Co. Bookbinders, Dec. 1955 on inside back free fly page. Light scattered foxing and a few stains throughout. Small chip to title page and one map. Small wormholes to a few maps. In general, maps are crisp and clean. Beautiful composite atlas with a series of stunning maps and charts and explicit sailing directions and notations. Part I has charts of the River Thames, Newcastle trade routes, the coastlines and various ports of England, Scotland, Ireland, Flanders and the Netherlands, France, Portugal, Spain, the Strait of Gibraltar, the Canary Islands and the Cape Verde Islands. Part III has maps and charts of the Mediterranean from the Strait of Gibraltar to the Levant including the Balearic Islands, southern France, the Barbary Coast, Corsica, Sardinia, Sicily, Malta, Venice and Greece. The "English Pilot" was a sea-chart atlas published in several editions from 1671 to 1803. The Mount family was active in publishing in various manifestations for many generations from the 1650s to 1800. (Inventory #: 220885)
$32,000.00 add to cart or Buy Direct from
Argosy Book Store
Share this item