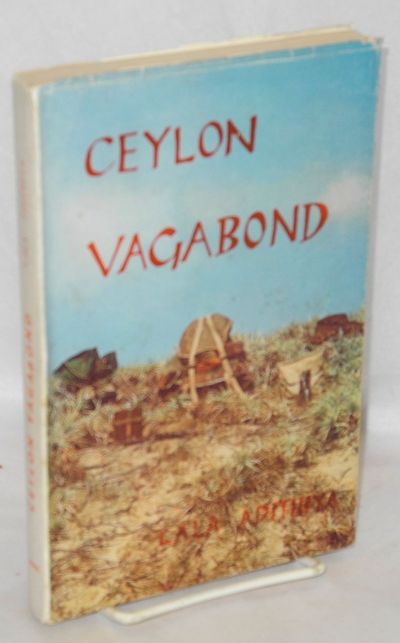 by Adithiya, Lala
Colombo: K. V. G. de Silva and Sons, 1969. Paperback. viii+194p., photographic and other illustrations, color-photo wraps in a ditto color-photo dust jacket. The dj is frayed at top, endsheets foxed, otherwise very good. "A curious interlacing of folklore, legend, history, botany, strange customs and habits, Buddhist philosophy and primitive religious cults set against a background of fauna and flora.. in remote inaccessible nooks of Ceylon jungles.. Five appendices contain invaluable advice to the would-be traveller.." Sample text at random from p.107: "On the brink of a lush and healthy paddy field, at the end of a public footpath, on the borders of a little ancient hamlet, which speaks of only sevnty-five families and royal connections, stands its village rendezvous--the ambalama.." text goes on to describe this four hundred year old 'ambalama'. (Inventory #: 149696)
$15.00 add to cart or Buy Direct from Bolerium Books
Share this item