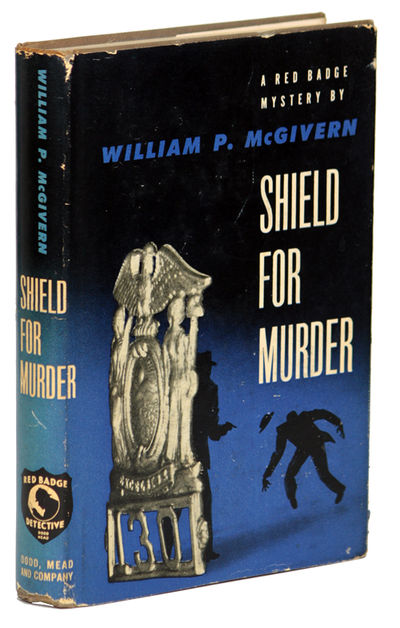 by McGivern, Willam P.
New York: Dodd, 1951. Octavo, boards. First edition. Basis for the film noir of the same title, produced in 1954 starring Edmond O'Brien and John Agar, directed by O'Brien and Howard Koch. Corrupt cop is chased by both the police and a gangster who wants to get even. "O'Brien transcends his characterization of the policeman on the take and becomes a symbol of decaying middle-class values." - Silver and Ward (eds.), Film Noir: An Encyclopedic Reference to the American Style (3rd edition), pp. 256. Selby, Dark City: The Film Noir, 360. Keaney, Film Noir Guide, pp. 383-384. Small nick to top edge of front cover, lower spine end a bit soft, a very good or better copy in very good dust jacket with some rubbing to edges, some loss spine ends, and small chip to middle of spine panel at rear fold. (#137040) (Inventory #: 137040)
$125.00 add to cart or Buy Direct from L.W. Currey
Share this item
L.W. Currey Inc.
Offered by