Practical Illustrations of Typhus Fever, of the Common Continued Fever, and of Inflammatory Diseases… 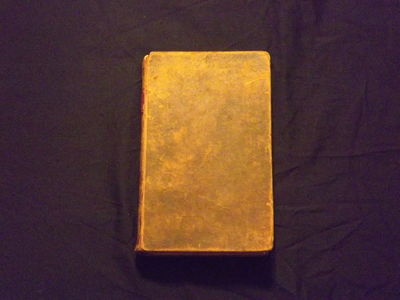 by Armstrong, John.
8vo, period calf with spine label, xvi, 17-434 pp. Binding and spine head worn and scuffed, label faded, owner's ink signature on title page and endpapers, foxing throughout; otherwise good to about very good. John Armstrong (1784-1829) was a British physician who had an interest in fevers. He taught at some second tier medical schools and seemed to have built up a very respectable practice, despite the fact that he still believed in bleeding as a treatment. However, his research and writings on fevers, especially typhus, gained him considerable respect in British and American medical circles. The current title, which was published in several editions, provides some recommendations on treatment and prevention of typhus in an appendix. DNB. (Inventory #: 100957)
$250.00 add to cart Available from
Nicholas D. Riccio, Rare Books
Share this item
Nicholas D. Riccio Rare Books & Prints
Offered by