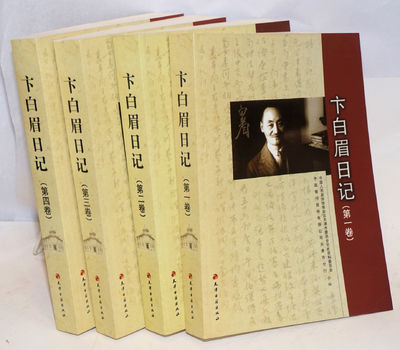 by Bian, Baimei 卞白眉
Tianjin: Tianjin guji chubanshe 天津古籍出版社, 2008. Four volumes, all very good in wraps, text in Chinese. Extensive and detailed journal of Bian, the first Chinese student to attend Brown University and later the manager of the Tianjin branch of the Bank of China, whose career there is discussed in Brett Sheehan's Trust in Troubled Times. He sought refuge in Hong Kong in 1948, as discussed in P.T. Lee's The Chinese Banker in Refuge: Bian Baimei in Hong Kong, 1948-49. The journal continues to 1968, by which time Bian had been living in California for many years. (Inventory #: 165251)
$45.00 add to cart or Buy Direct from Bolerium Books
Share this item